On 27-28.11.2021 in Torun VII Cup of Polish Companies in indoor soccer was held, in which Cronimet PL team took part. On the first day of the tournament we played 4 matches, which our team won and took 1st place in the group. On the second day of the tournament we had one victory and one minimal defeat 0:1, which eliminated us from further competition. Eventually we were classified in 9th place out of 26 teams participating in the competition. We would like to thank the other teams for competing at a high level, the organizers for efficiently conducting the tournament and our players who left a lot of health on the football pitch. 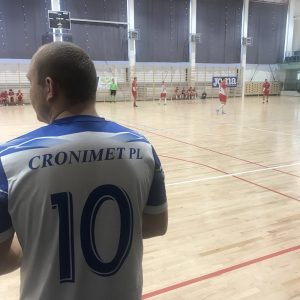